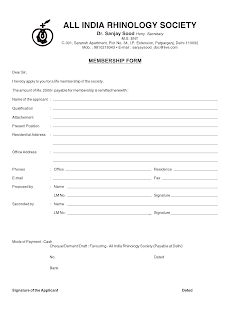 After receiving his undergraduate degree from Vassar College, Dr. Castellanos completed his medical degree at Louisiana State Medical School. He continued his training at Jewish Hospital of St. Louis with an internship in general surgery. From there, he went onto Washington University School of Medicine for a residency in otolaryngology, head and neck surgery. He trained with Dr. George Gates during his laryngology research fellowship and also with Professor Wolfgang Steiner in Goettingham, Germany to learn the techniques of Trans-Oral Laser Microsurgery.

Trained in advanced laryngoscopic airway techniques for cancer and airway stenosis, Dr. Castellanos is very interested in minimally invasive surgery using robotic and computer integration in the operating room. He is the author of a number of papers and book chapters on the surgical anatomy of the larynx, voice production, airway trauma and the control of intractable aspiration.


Eur Arch Otorhinolaryngol. 2012 Mar 31. [Epub ahead of print]
Complications in endonasal sinus surgery: a 5-year retrospective study of 2,596 patients.
Siedek V, Pilzweger E, Betz C, Berghaus A, Leunig A.
Source
Department of Otorhinolaryngology, Head and Neck Surgery, Ludwig Maximilians-University, Marchioninistr. 15, 81377, Munich, Germany, vanessa.siedek@med.uni-muenchen.de.
Abstract
Recent developments should have aided to reduce postoperative complications of endoscopic sinonasal surgery: Computerised tomography (CT) and magnetic resonance imaging (MRI) allow a more precise preoperative view of the anatomic situation and possible variations. The Lund-MacKay-Index provides a tool to assess the extent of the disease, and by introducing microscopic-endonasal and computer-assisted sinunasal surgery (CAS) as well as providing the corresponding training technical progress has been made. We analysed the data of 2,596 patients with acute or chronic rhinosinusitis who underwent surgery between 2000 and 2005 using the procedure of Stammberger. We saw 3.1 % minor complications (minor bleedings, perforation of the lamina papyracea), 0.9 % major complications (severe bleedings, cerebrospinal fluid (CSF) leaks, lesion of the ductus lacrimalis), and one (0.04 %) serious complication (meningitis). When we compared these figures with those of reports from the late 90s by correlating opacification, type of operation, the surgeon's experience and employing CAS with the outcome we did not find a distinct improvement in the rate of postoperative complications. Serious complications and those resulting in permanent harm such as carotid artery injury, cerebral deficit or death have, however, become very rare. A grading into I (minor), II (major) and III (serious) complications is proposed, to point out this critical grade-III proportion, which should not exceed 0.1 %.