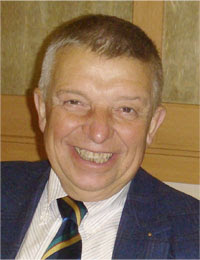 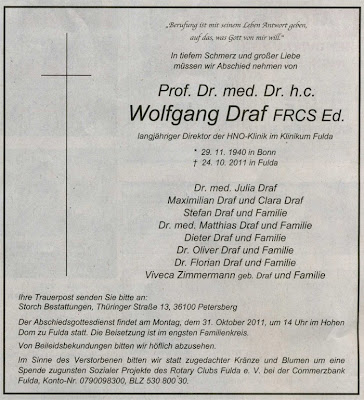 We are very sad to report the death of Professor Wolfgang Draf of Fulda, Germany after a long battle with cancer. Professor Draf was one of the leading Otolaryngologists of his day and exhibited outstanding surgical skill in all areas of the speciality. He was equally at home as an otologist, head and neck cancer surgeon, skull base surgeon and facial plastic surgeon. He was a committed anglophile and contributed immensely to academic otolaryngology in the UK as well in Germany and worldwide. He will also be remembered for his irrepressible sense of humour. He lit up any company that he found himself in. He had many friends in the British Skull Base Society and we are the worse for his death.
British Skull Base Society