1) There are 1.1 billion smokers in the world today, and if current trends continue, that number is expected to increase to 1.6 billion by the year 2025.

3) Worldwide, approximately 10 million cigarettes are purchased a minute, 15 billion are sold each day, and upwards of 5 trillion are produced and used on an annual basis.

5) It's estimated that trillions of filters, filled with toxic chemicals from tobacco smoke, make their way into our environment as discarded waste yearly.

6) While they may look like white cotton, cigarette filters are made of very thin fibers of a plastic called cellulose acetate. A cigarette filter can take between 18 months and 10 years to decompose.

7) A typical manufactured cigarette contains approximately 8 or 9 milligrams of nicotine, while the nicotine content of a cigar is 100 to 200 milligrams, with some as high as 400 milligrams.

8) There is enough nicotine in four or five cigarettes to kill an average adult if ingested whole. Most smokers take in only one or two milligrams of nicotine per cigarette however, with the remainder being burned off.

9) Ambergris, otherwise known as whale vomit is one of the hundreds of possible additives used in manufactured cigarettes.

11) Radioactive lead and polonium are both present in low levels in cigarette smoke.

12) Hydrogen cyanide, one of the toxic byproducts present in cigarette smoke, was used as a genocidal chemical agent during World War II.

13) Secondhand smoke contains more than 50 cancer-causing chemical compounds, 11 of which are known to be Group 1 carcinogens.

14) The smoke from a smoldering cigarette often contains higher concentrations of the toxins found in cigarette smoke than exhaled smoke does.

17) Approximately one quarter of the youth alive in the Western Pacific Region (East Asia and the Pacific) today will die from tobacco use.

18) Half of all long-term smokers will die a tobacco-related death.

19) Every eight seconds, a human life is lost to tobacco use somewhere in the world. That translates to approximately 5 million deaths annually.

20) Tobacco use is expected to claim one billion lives this century unless serious anti-smoking efforts are made on a global level.

Tobacco offers us a life of slavery, a host of chronic, debilitating illnesses and ultimately death. And think about it: We pay big bucks for those "benefits." Sad, but true.

Take your life back!

If you're a smoker wishing you could quit, make your mind up to dig your heels in and do the work necessary to get this monkey off your back now. You'll never regret it. 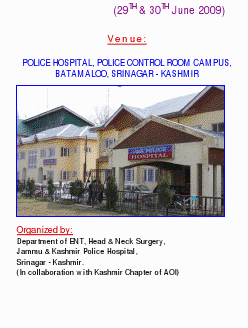 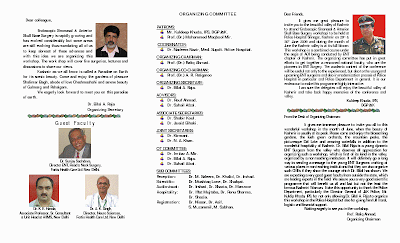 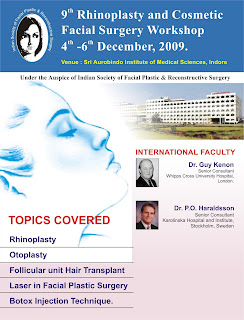 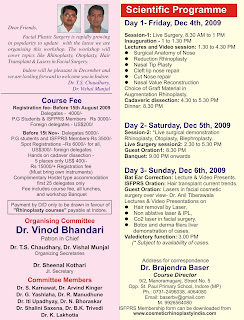 Facial Plastic Center Indore is organizing a workshop on Rhinoplasty and Aesthetic Facial Surgery from 12th to 14th Dec 2008.There will be, cadaveric dissection, live surgical demonstration and lectures on Rhinoplasty,Hair Transplant, lasers in facial plastic surgery Botox Injection techniques etc-
For details contact PROF. DR.B.BASER at baserbv@gmail.com or log on to http://www.cosmeticrhinoplastyindia.com/
Indian society of facial plastic and reconstructive surgery
9/2 Manoramaganj, street No. 5, Indore 452001, India Tel-91-731-2496038, 4064080, Cell-91-09926564080 email-baserbv@gmail.com,
website-www.cosmeticrhinoplastyindia.com
Course Fee US$ 200/ BEFORE 15TH October US$400 AFTER THAT 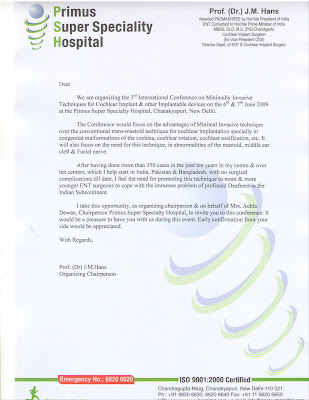 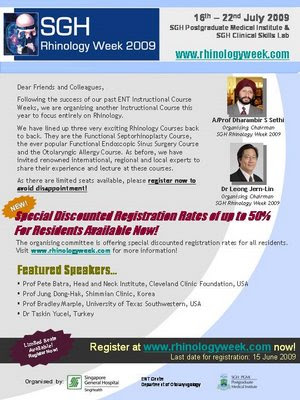 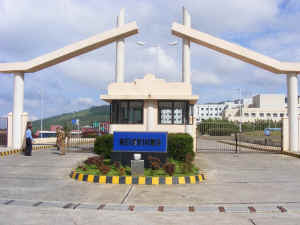 Delhi State AOI- We the Members 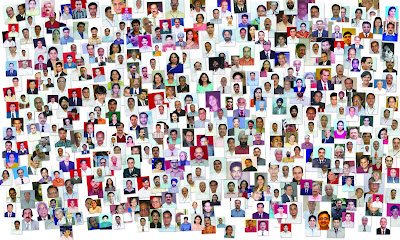 Welcome to the fastest growing forum of ENT and Head & Neck Surgeons primarily to discuss topics of common interest, case discussions, seeking advice from colleagues on difficult cases, requesting information regarding procurement of latest and useful instruments, dissemination of information of upcoming events and other ENT topics.....